Mental health treatments mulled after Arizona shootings
By MIKE STUCKA
Several times each day, registered nurse Pat Johnson or her co-workers distribute medicine to Macon’s largest treatment center for mental patients. They reach for the pills through the gray-painted metal bars on their cell doors.
That’s a waste of people and money, said Bibb County Sheriff Jerry Modena. “The No. 1 thing with the mentally ill is they’re mentally ill,” Modena said, “and they should be in the correct medical environment, and the jail is not it.”
In the wake of fatal shootings earlier this month at U.S. Rep. Gabrielle Giffords’ campaign event, allegedly by a man with symptoms of schizophrenia, mental health treatment is getting more attention. And in Bibb County, that community-based treatment means a jail cell more often than not.
Shannon Harvey, CEO of River Edge Behavioral Health Center, said Georgia is expected to spend much more money on community mental health care under a deal with the U.S. Department of Justice. Harvey said the settlement could result in an additional $500 million over the next five years, bringing needed resources. “I’m serving more people in the Bibb County jail than River Edge has in crisis stabilization or hospital beds,” Harvey said.
Harvey warned there shouldn’t be a rush to judgment about whether the alleged Arizona gunman has mental illness, nor should they assume the worst of mentally ill people in Georgia. “More people who have mental illness are victims of crime than commit crimes,” she said.
Modena said many of his inmates have committed minor crimes, such as stealing a sweater. With treatment from the correct set of mental health services, Modena figures he could halve the number of mentally ill inmates in the jail. That number would drop from a typical 200 to 100, he said. The other 100 people could be out in society, living better lives and being productive, Modena said. Those mental illnesses can be treated and controlled, much as people live with diabetes, he said.
There’s a financial argument as well for better community services, Modena said. It costs $52.10 each day to simply house an inmate. That’s close to $1,600 a month each, or about $1.9 million per year for inmates Modena said shouldn’t be there. Medication is extra.
E. Fuller Torrey, a psychiatrist who leads the Stanley Medical Research Institute, wrote in a Wall Street Journal editorial this month that mental patients have been pulled from state mental hospitals since the 1960s, without making sure community services were in place. Torrey gives examples that resulted in earlier violence against politicians. “The mistake was not in emptying the nation’s hospitals but rather in ignoring the treatment needs of the patients being released,” Torrey wrote. He said some patients need to be monitored to make sure they stay on their medication.
Harvey said there can be struggles between a person’s civil liberties and forced treatment. “We serve people here who by their very mental illness are paranoid,” Harvey said. “They believe their medicine is poison.” But most people with mental illness have much more mild illnesses that can be treated, Harvey said. Modena said the challenge is making sure people stay on medication after they leave the jail.
Heather Sims, a River Edge employee who directs forensic social services, said assertive community treatment, a program River Edge launched last year, helps by bringing services to people who are mentally ill. “It’s a battle, it is a national battle,” Sims said. “I think we all need to address it with compassion. This affects everybody.” Harvey said mental illness is widespread but can be treated. Some estimates suggest one in five Americans will suffer mental illness at some point in their lives.
Harvey said people who think they may have a problem should call for help, or worried friends or relatives should make a call. The Georgia Crisis Line is available 24 hours a day at (800) 715-4225. “Treatment is effective,” Harvey said. “Recovery is expected and confidentiality is ensured.”
To contact writer Mike Stucka, call 744-4251. 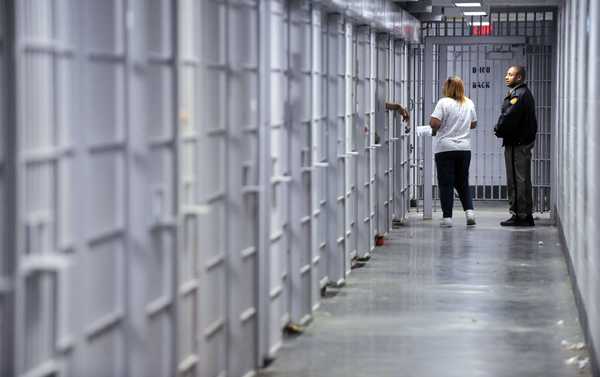 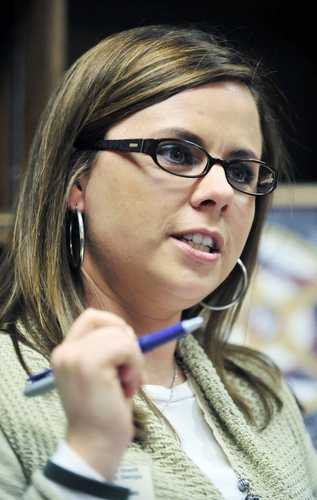 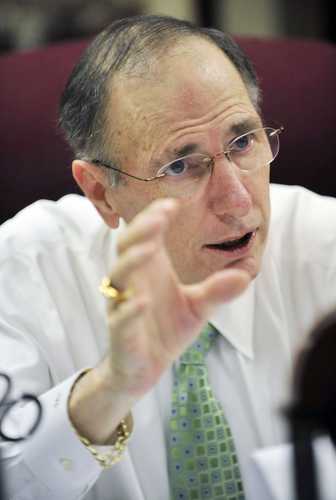